The Barometric Pressure Is on Our Side 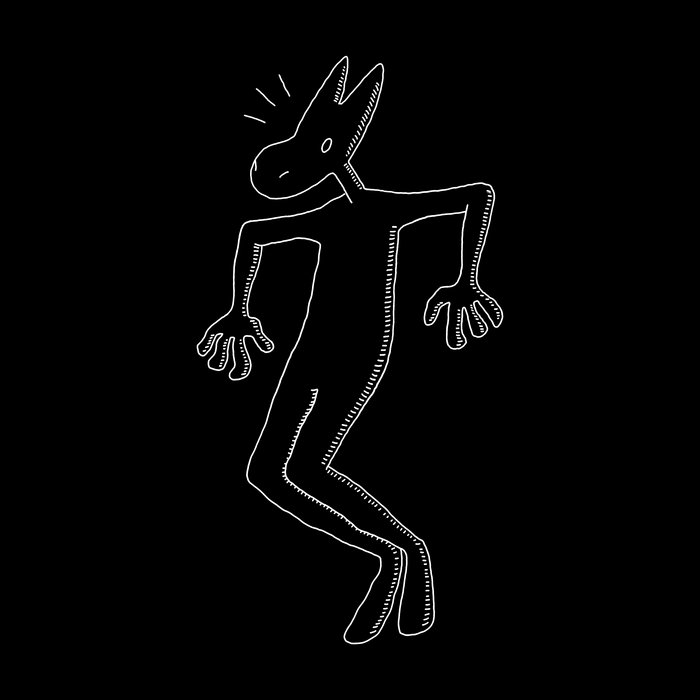 Jason Seiple I saw these fine fellows play a show a couple of years ago, and I had an awesome time. At the time, they played this really awesome song where they sang "I don't like you, you don't like me," that I really dug the hecking dang doggos out of, but I could never figure out what release it was on.

Well, now they have recorded and released an album with that song (202), and it's awesome. This album is awesome. The Foresters are fine fellows and are pretty awesome. Favorite track: 202.

recorded from 2016-2017 at middle of nowhere studio in bethany, ct except track 1 which was recorded in the game at suny purchase
all songs written & produced by evan
album art by evan

thanks to: our family, friends, horse cryptids, and every existing copy of eli and the thirteenth confession.

Track Name: Faux Southern Charm
I suppose
That the world turns backwards, forwards, and whichever way she goes
I don't wanna speak up 'cause I'm afraid
Of all these chances that I thought I could take

She don't wanna make love
She just thinks of what to say and then she spits it right out in my face
She don't like to come down
Which is really just a shame, 'cause she's still spinning me round, round, round, round

Now I don't really like to talk to her
And I​ don't really even think of her
And it's a shame, 'cause what she wanted me to get is still at the back of the closet with my friends

I leaned into your ear
To plant some seedy wisdom
To help restore the kingdom, you need to leave
A farmer's hand reaching out
Throwing colored paper
I guess I'll see you later (or not at all)

This is the part where you regret everything that you've done
Mother, why'd you think of taking on your only son
Let it go
Will someone, anybody, everybody please shut up

I said it once
But to make sure you heard me
We're number one
Although our hands are dirty, and it's up to you
To finally see through

I know we have our first times
Where we don’t see eye to eye
But we make this alright?
Just don't look out the wrong side
Number one
Track Name: Sand Marches
Sleeping on the floor
Never even trying anymore
I've got The Meadowlands playing on repeat again
Is it your reply that's killing me?
I'm just overthinking probably

Stayed over at my friend's
Of course, I'm​ waiting for the night to end
I’m one to complain but everybody's sad these days
Got my whole future mapped out for me
Cause decline has no uncertainty

You grow a beard, every weekday
And you shave it off before you go to bed
I watch as you hack away at your head
I can't even stand the little children on your face
Collecting everything that gave you grace
And my, my, my, my

Perhaps another eagle is ok
Mr. Naomi says "no way"
But we all say
Perhaps another eagle is stronger
Mr. Naomi says "ok"
But I can’t wait much longer
Track Name: Village Effect
It's a classic case of the old village effect
Your friend's friend is the friend of the guy who greets you when you walk in every day
You always want to bring up little notions like this
The world's a web and you said you're a fly just trying to get out of the way

It's the case of the decade changing and it's freaking you out
How can it be when these few years have barely had a chance to show what they stand for?
It's so hard to convince yourself that it's gonna be great
It might get to the point where you think there's no point in convincing anymore

Oh, it's some kind of trick
You played on us
I didn't know if you were kidding
But now, it's come to be
Something out of reach
We're not who we thought we would be

Being alone so very far from home is something I've never felt but I can adjust
And you'll still have time
To make hospital friends
Track Name: King of the Barn Raising
Scan the pier with your eyes
Head inside and then see what you can find here
Later now, sun's gone down
You're on the hill, counting things that you hold dear

And without the intention of finding it all out
You say that you can’t and you stamp, and you scream, and you shout

There's just one height where no suit fits just right, and that's the height that you've been at
Your fresh new face
Was soon erased
By the kids on their bikes down in the flats

And one comes in wearing Ticonderoga jeans
And you've never seen that, so you point, and you stare, and you scream

And now you're gone again
You’ve tried to make the ends all meet
My friend, you'll never find the truth that is hidden on this beach
When the water hits, man you'll see something

Bandcamp Daily  your guide to the world of Bandcamp